When I was little, I scribbled and drew just like any other child. I don’t think I had any great gifting, nor was I given any special equipment or lessons.

But my efforts at art did get recognised and encouraged by my family and school friends.

This made me want to capture the form of things I could see.

I realised quite early that good likenesses didn’t come by accident. They needed quite a lot of careful thought and effort.

When my children were young, I became a professional NZ landscape artist, in love with the magic of light on mountains and bush, streams and shorelines. The challenge of turning dabs of colour into inspiring pictures that carried viewers into another time and place, was exciting.

But paintings of this sort don’t happen mindlessly. They always mirror the skill and experience of the artists who paint them. 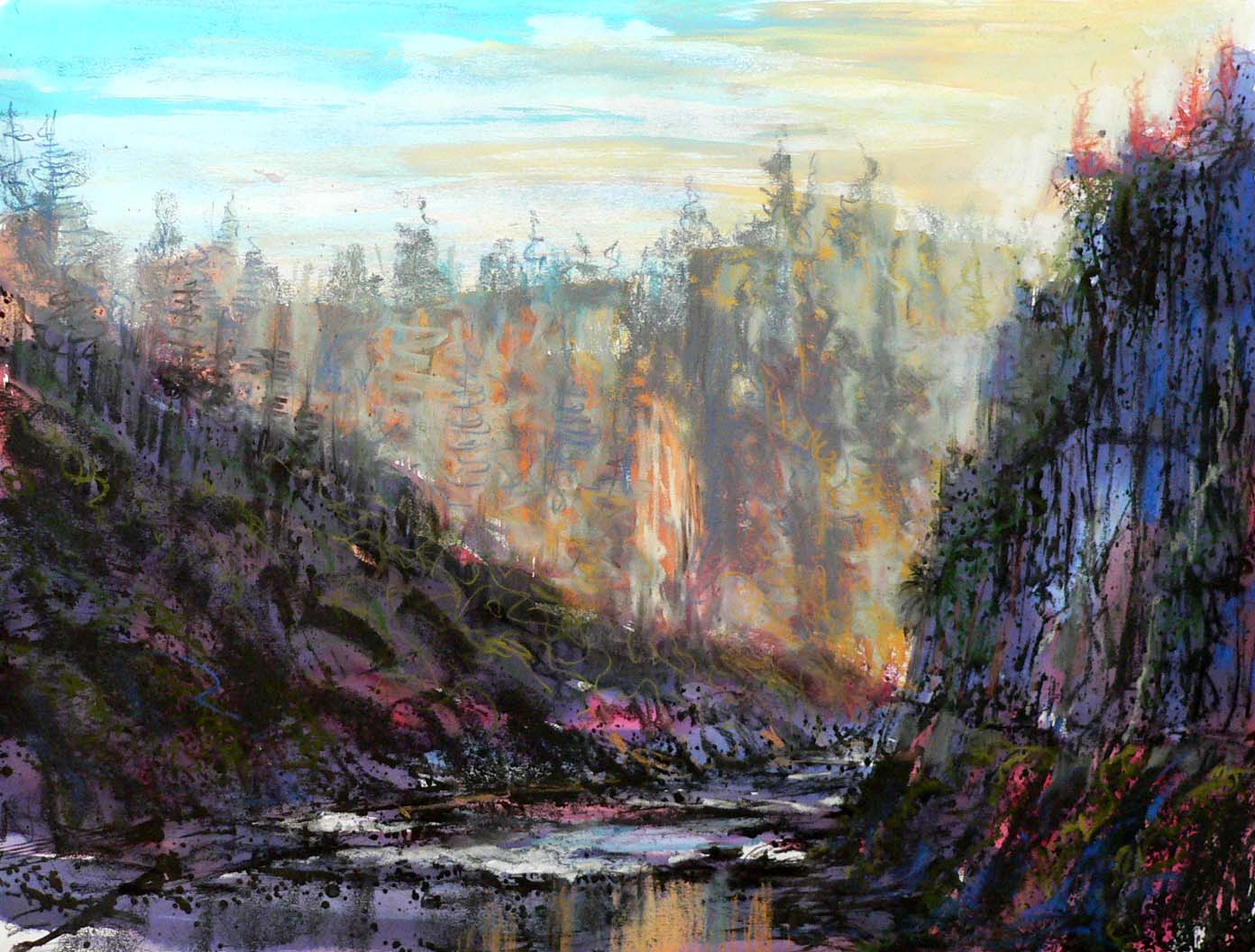 I remember standing spellbound one still morning where two rivers joined in a beautiful gorge near Paeroa. The air seemed to vibrate with life and colour. Every plant, every leaf, every insect spoke of amazing design! To me, amazing Design points to an amazing, Intelligent Designer.

Years later I did a very quick chalk sketch from near the same spot. This picture is a very simple impression with hardly any detail.

No one would think that this happened all by itself without an artist drawing it (unless they couldn’t see!)

I learned the secrets of wisdom from a very old book which is no longer fashionable with many people. It contains words that go like this:- ‘The invisible God has given visible proof of Himself in the things that He has made’.1.

We can pretend that the universe all happened by itself – but we have to be very ‘blind’!

That Book, which starts off with the words, ‘In the beginning, God…2. is actually a record of God’s character, motivation and interactions with Man right through history.

In short, He’s the greatest, most unselfish lover in the Universe. He created mankind for closeness to Himself and longs for our highest good. But in spite of His unlimited power, He has chosen to limit Himself in one area. He has given us each a free will and will not override our freedom to seek or reject Him.

When I was a child, people left their doors unlocked, children went to and from school unaccompanied, family breakdown and violent crime were rare. The reason? The people of New Zealand were still influenced by the moral restraints of their strong Christian beginnings7.

For some people, Christianity became a stern, legalistic, negative thing - too hard to live by and no fun. Others got turned off by hypocrisy or bad experiences with churches and/or professing Christians. - Religion of this sort, never flourishes. 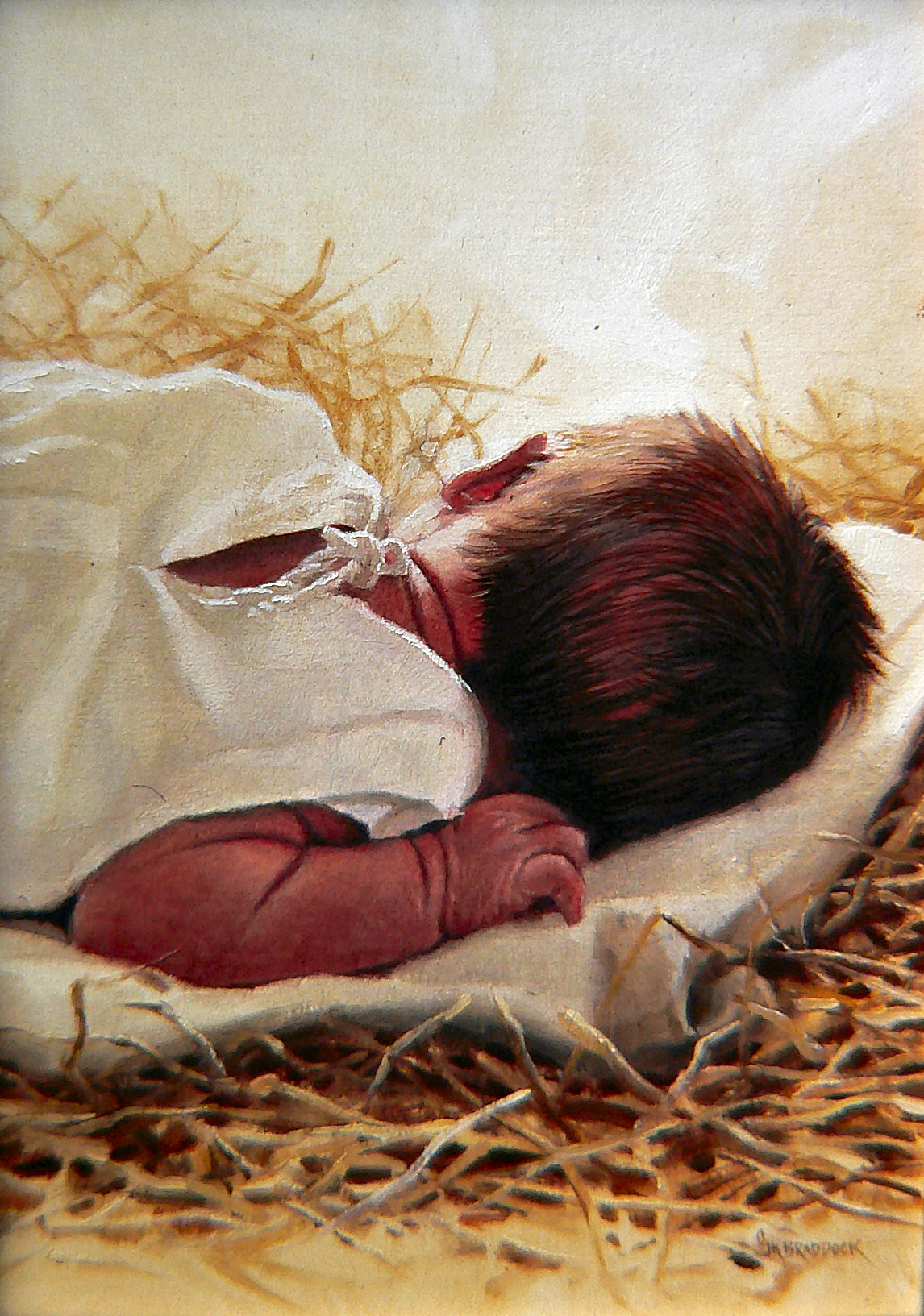 If we go back to the Book, we discover that God is not interested in tying us up in straight jackets. Instead, He offers us a brand new nature3. He offers to give us a new inner strength; to indwell and transform us by His Spirit. He offers to adopt us as His children, to cleanse us from every rotten thing we’ve ever done and repair any damage that has been done to us. - To enable us to start brand new, filled with joy, and to guide and empower us through the challenges in our future! The Bible goes further. It says that God created and loves our individuality and that He has a unique and exciting life plan for each of us, which stretches to eternity

Where does Jesus fit in?

We all have an inbuilt sense of right and wrong, and we are very aware that there is an awful lot that’s wrong in the world. If we are really honest, we have to confess that we are all far from perfect. That’s why we fail to truly connect with God and with others.

The core message of the Bible is that God, in perfect wisdom, love and justice, did something that only He could do. He took on human form (Jesus), lived a perfect life, then died in our place to open the way for us to come back to Himself4.

Each of the Gospels tell of the crucifixion of Jesus, but go on to tell of His resurrection. He was seen alive by many hundreds of sane people5. - people whom He commissioned to tell others of God’s forgiveness and the life transforming offer of His indwelling Spirit6.

Some of those first followers of Jesus wrote the New Testament and were prepared to be martyred rather than deny what they had seen and heard. They were not attention-seeking fanatics; they were ruled by unshakable convictions.

I have not made this up. If you want to check it out, read the Bible7 for yourself.

You may want to start with the New Testament book of Mark. 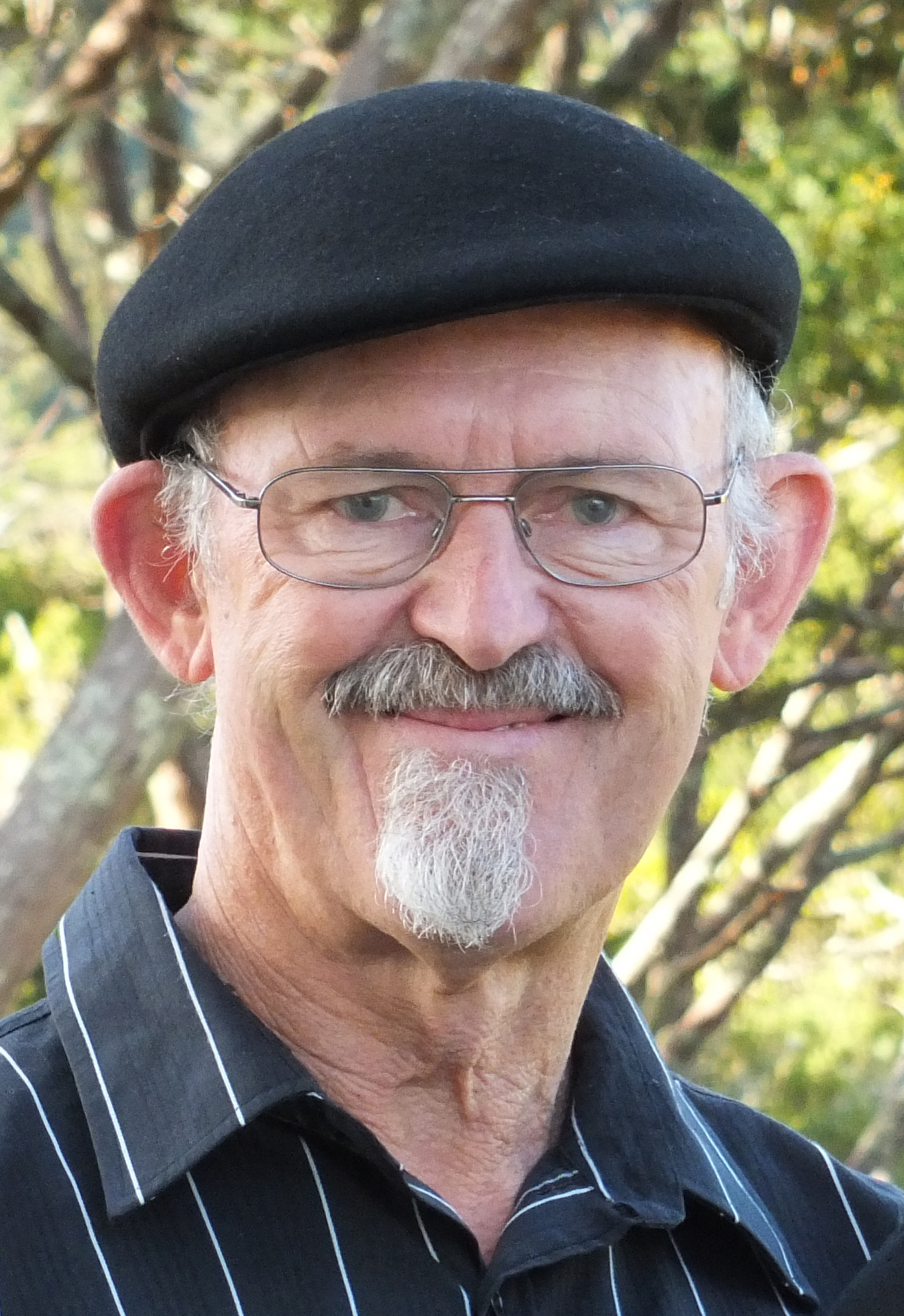 Why did I write this to you?

I’m deeply concerned about the way many families are blundering ever deeper into moral, social and economic chaos*. The longer I live and the more I look at the lives of people around me, the more I see that the wisest and most fulfilling way to live is by knowing Jesus and being directed by the Spirit of God.

NOTE: Over the past 100 years we, the people of the Western World, have lost our spiritual and moral underpinnings. Unless we turn back to God and His ways, we will not survive much longer as free societies.

*Winstone Churchill wrote:- “… One of the signs of a great society is the diligence with which it passes culture from one generation to the next. This culture is the embodiment of everything the people of that society hold dear: its religious faith, its heroes… When one generation no longer esteems its own heritage and fails to pass the torch to its children, it is saying in essence that the very foundational principles and experiences that make the society what it is are no longer valid. This leaves that generation without any sense of definition or direction, making them the fulfilment of Karl Marx’s dictum, ‘A people without heritage are easily persuaded’.”

7. The Bible has survived more violent opposition and has had more influence for good on the world than any other written material. It is still the world’s most printed book.